Protecting "Robellus" against fair-play and competition is a bad call for us Canadians.


Rogers, Bell, and Telus - have virtually no incentive to treat their customers with fairness and compete with each other. Competition is the ONLY thing that will keep them in check. The best improvements we have seen from them are a direct result of having to compete with new entrants.


Robellus is Concerned about Canadian Jobs


This must have been a concern for them when thousands of Canadians received pink slips, becuase they sent their jobs to countries like Tunisia, India, and The Philippines.


Robellus wants us to believe that they are looking out for our privacy. Was this a concern when operations were contracted to third party companies in different countries including the United States? Would that not mean our data is already accessible and subject to foreign laws and agencies? Let us not forget that the big 3 ALL have American upstream providers (Level3, Cogentco, and Metromedia to name a few) meaning all of our data funnels through nodes in the United States. Telus was especially considerate of our privacy when they built their LTE network using equipment from Huawei - a company which is suspected of spying for the Chinese Government and as Peter Nowak notes; are banned from providing telecom equipment in the United States and Australia.

What Canadians are Saying

I Am Canadian, A Reply to Bell's Open Letter

Telus bogeymen are getting crazier and crazier 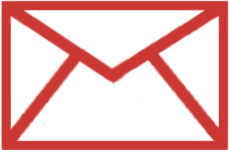 My Letter to the PM and My MP

Do not give the big 3 any more!

Getting Signals Straight in the Great Wireless War of 2013

We've all been ripped off by our "proudly Canadian" big 3 telcos.

An open letter to a closed brand

The future may be friendly, but the numbers aren't

Time to Separate Myth and Reality

Consumers First - Everybody should register here

the Conservative Party of Canada


Get involved in this process.


Write your MP and write the Prime Ministers office! Tell them how you feel. Now is the time to get involved and share your feelings. Educate yourself on the facts and give the Government your take on the situation. It does not take long to write an email to Our PM Stephen Harper @ stephen.harper@parl.gc.ca